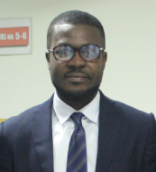 Aside my qualification awards received, I have also received the following certificates all from World Bank Group;

One school of thought argues that the heterogeneity of individuals may affect their behaviour of migration, but the direction of this impact is vague. For example, the propensity of people with high human capital to invest more in social capital will make these people less likely to migrate while their tendency to invest more in human capital will increase the likelihood of migration.

Inferring from multiple equilibria models or school of thought on the other hand, this in practice perhaps suggests that immigration doesn’t necessarily translate into increased social capital but rather an in human capital.

Based on the above credence or expositions, this research proposal seeks to explore “the effect of immigrant’s social capital on urban development, case of best three ranked urbanised areas in Netherlands, Germany, Sweden, Norway and Czech”

Immigration and economic prosperity in Western Europe, case of Germany, Norway and Sweden (2019)

Genetically Modified Foods and Its implications (2015)

Livelihood Diversification in Peri-Urban Communities: The case of Bamaho in Wa municipality’ in the Western part of Ghana (2014)

I was the assistant leader for a programme dubbed TTFPP which was organised by the University for Development Studies in Kauk community (Upper East Region), Ghana (2011-2012). And only to mention a few, became the secretary for the statutory planning committee of Birim-South District (2014-2015) in Ghana as well as a key player in the Town and Country Planning Department of the aforementioned District.